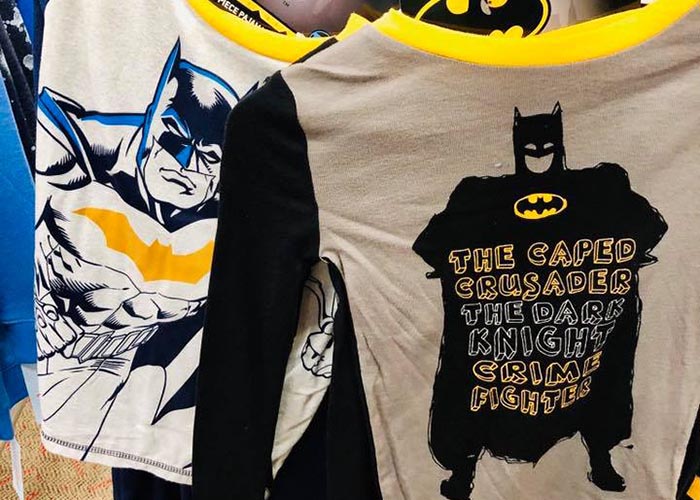 Met a little boy this morning that recently moved into a motel with his mom because they were evicted from their apartment. Dad left 6 months ago, so going from 2 incomes to one minimum wage income has been hard.

I got to talk to the little boy as he ate his breakfast before school. He showed me his Batman costume he was going to wear today to get a “million pieces of candy”! He also told me how he hates the motel ☹️ and that he forgot his favorite pajamas at his old house.

It is the simple things that mean a lot to children, like a favorite pair of pajamas. When I left I headed right to Target. I could not decide what pair of Batman pjs to get him so I got both! I hope when he gets home from school today this puts a smile on his little face.
Tonight a little 7 year old boy will sleep snug as a bug in his NEW BATMAN PAJAMAS! (And hopefully with a pumpkin pail full of candy!) -Elissa